Repetition of adjustment: Me and my hijab
Nadia Uddin 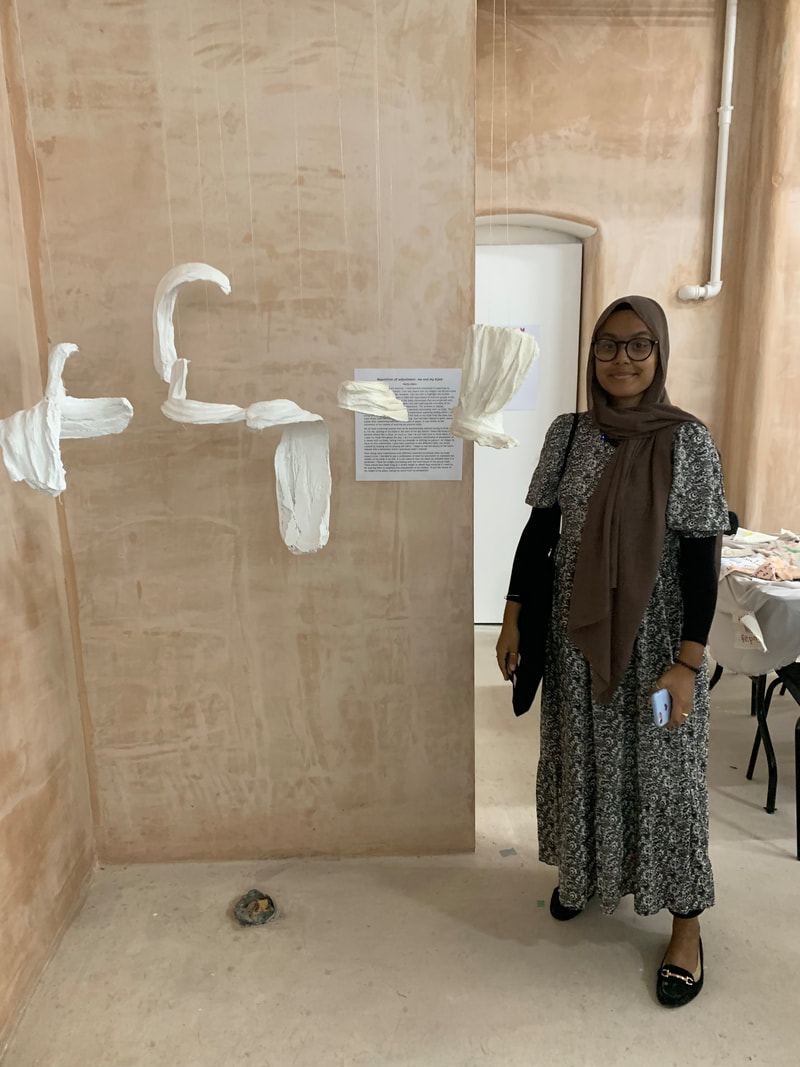 Repetition of adjustment: Me and my hijab
Over the last year in my art practice, I have become interested in exploring my identity as a young Muslim woman. I am very aware that my religion can be portrayed in a negative light by the media, however, I do not wish to highlight this further through my work. I feel that there is often the expectation of minority groups in the UK to constantly educate and refute the many stereotypes that are projected onto us. I wanted to move to a position where I am just exploring the normality of my identity. The everydayness that we all experience.

The artwork on display, ‘Repetition of Adjustment, focuses on my personal relationship with my hijab. This interest originally emerged out of an early experiment exploring folding where I used string to create a print. I was reminded of the folds of my hijab from the lines that came about from the movement of the string, that had been dipped in paint, being pulled after sandwiched between two sheets of paper. It was similar to the movement of my routine of wearing my physical hijab. We all have a morning routine that we do automatically without having to think about it. For me, putting on my hijab at the start of the day before I leave the house has become almost like a ritual, so much so, that I do not even have to think about it.

As I wear my hijab throughout the day, I am in a constant relationship of adjustment as it moves with my body, falling from my shoulder or shifting my posture. As I began to focus on this relationship, I paid more attention to the different folds, the action created by draping and re-draping the fabric. I began to see the beauty of the fabric imbued with a femininity which I previously hadn’t noticed.

After doing many experiments with different materials to embody what my hijab means to me, I decided to use a combination of mod roc and plaster to represent the solidity of my hijab in my life. It is not material that can easily be mailable after it is hardened. I liked the weight contrasting with the fluid nature of the actual hijab. These pieces have been hung at a similar height to where they would be if I were to be wearing them to emphasis this embodiment of my routine. To put the viewer at my height in my place, seeing my world from my perspective. 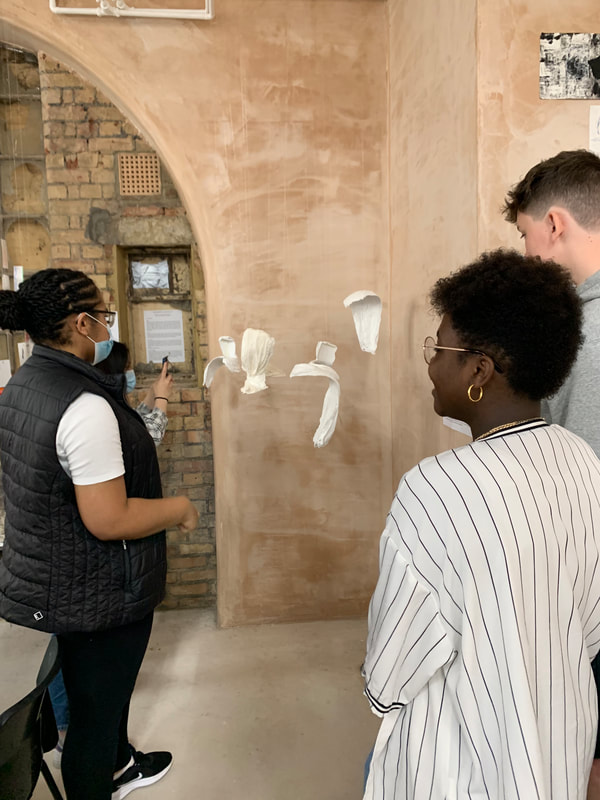 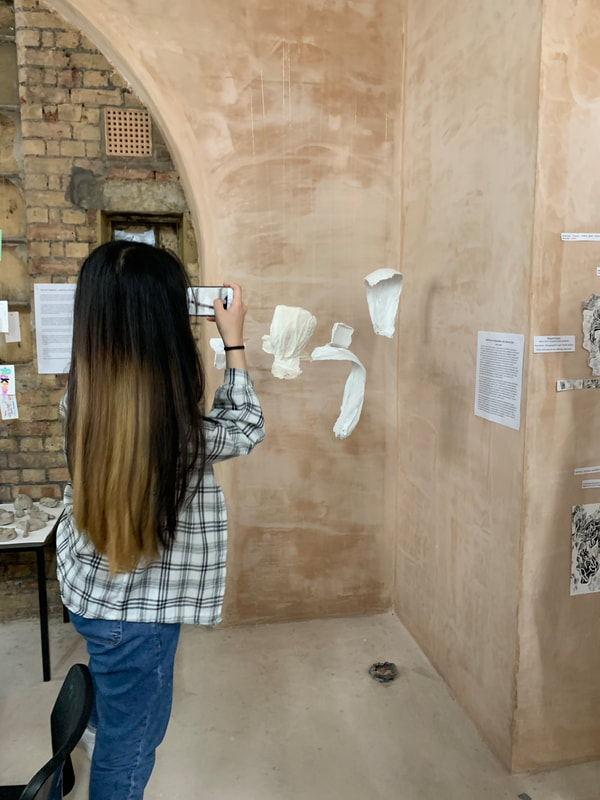 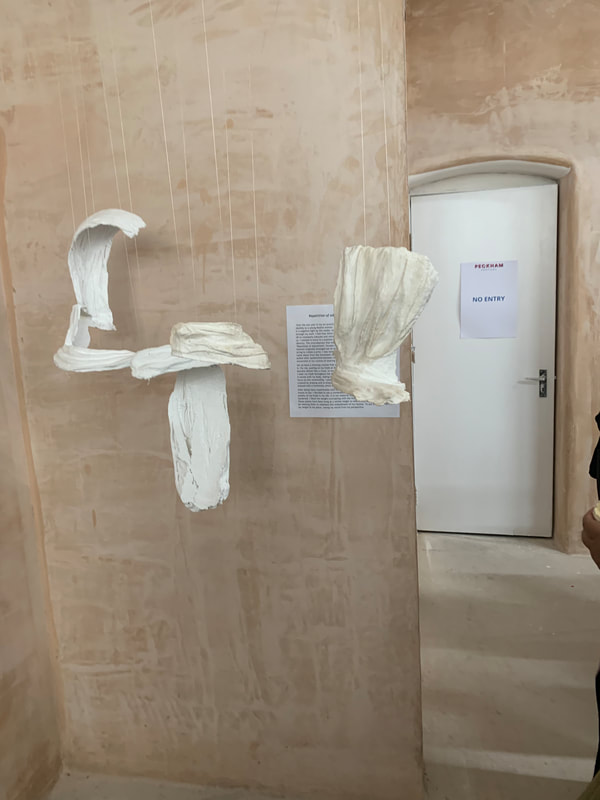 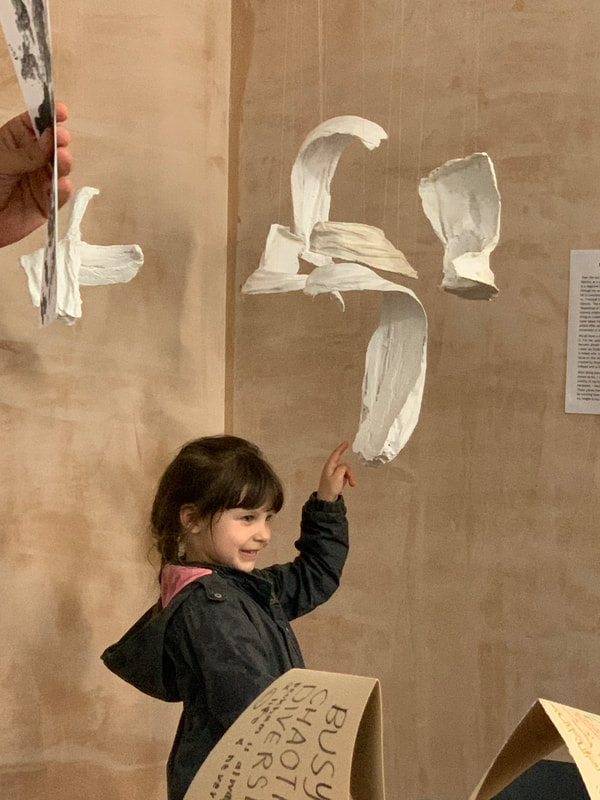 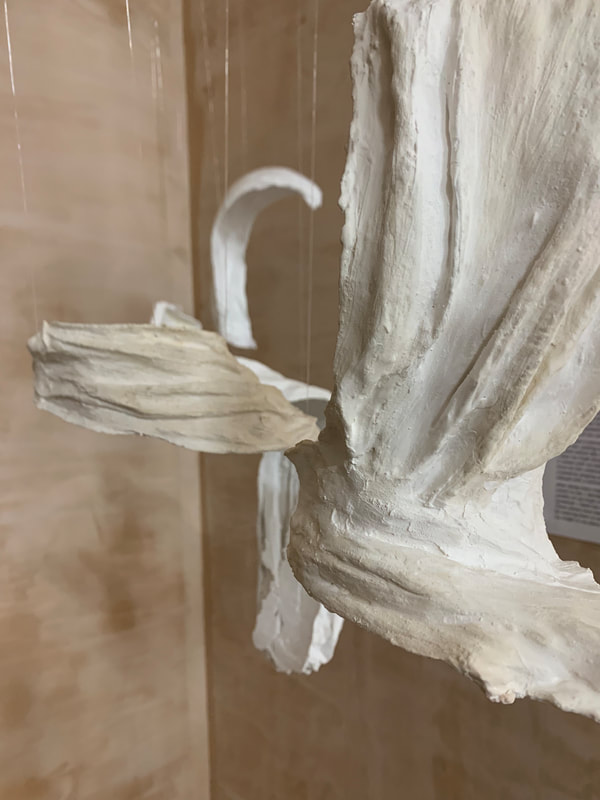 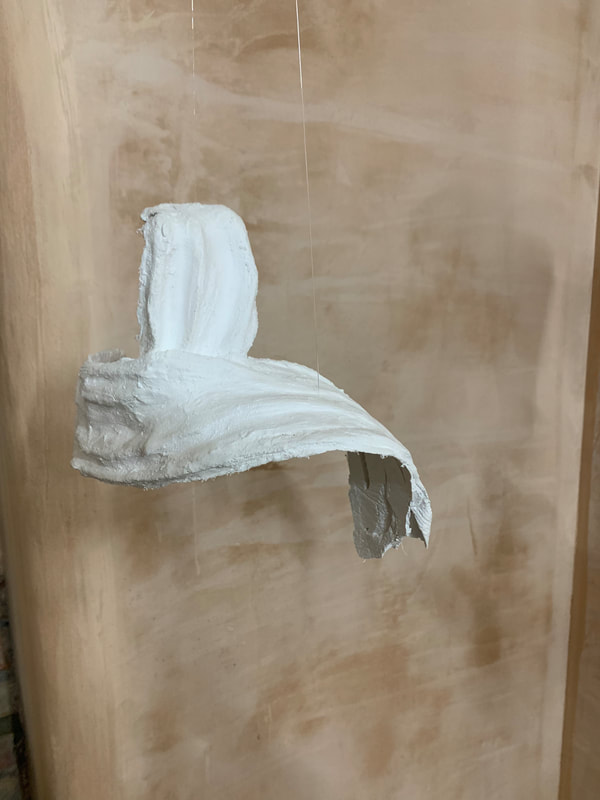 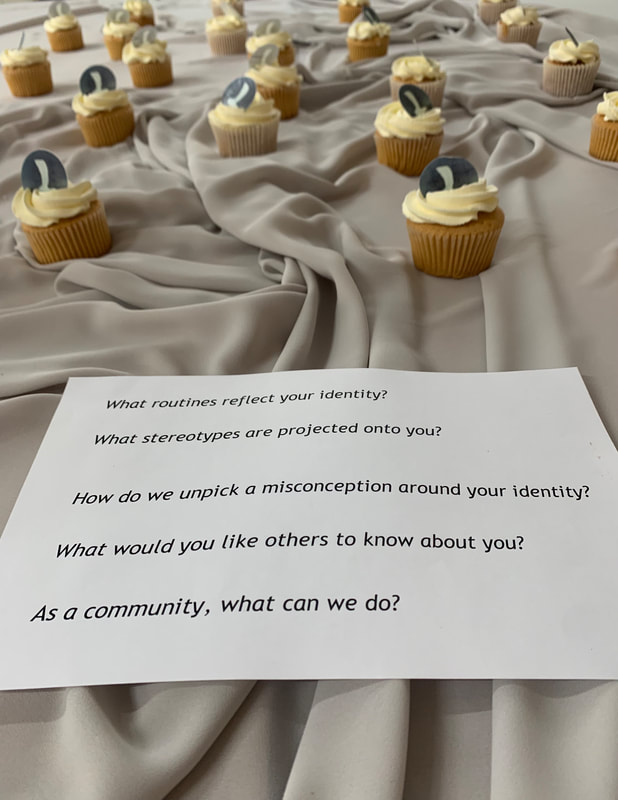 Debate Cake with Nadia
To share her work and open up conversation around the Muslim identity with the community Nadia also held a Debate Cake. The focus was on questioning stereotypes, unpicking misconceptions and asking what we can do as a community to challenge misconceptions. As with all Debate Cakes there is an element of making, eating and drinking to support often difficult conversations. For this Debate Cake Nadia chose to use a material with a similar feel and quality to that of her hijab. The idea being that the community could sit around this shared hijab whilst adding onto it their own experiences of racial stereotyping, bringing people together through one shared fabric. The shared fabric then also activated conversations around what can be done to challenge racial and cultural stereotypes. As the community takes part in the exploration, they are invited to eat cake. As always, the cakes have an image from the artists work, so as the community discuss the topic they also ingest the ideas through the act of eating and drinking. For this debate Nadia made her own tea, spiced with cardamon and cinnamon, a drink she regularly shares with her family. This sensory exploration drew upon all of our senses, making it a truly embodied experience.
Back